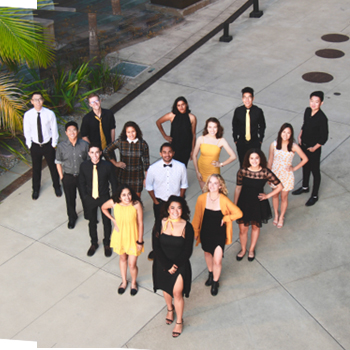 Based in La Jolla, The Beat at UCSD works hard to play hard. As one of many a co-ed a cappella groups on campus, our group prides itself on our close-knit ties to each other and our a cappella community. This group of talented and diverse singers was originally brought together in 2004, driven by their passion for music. Since then, that passion has bloomed into an immense love and respect for music, a cappella, and each other.

With songs ranging from jazz, to R&B, and pop, The Beat always delivers a soulful and personal style to each arrangement and performance. Our group has covered artists such as Ariana Grande, Michael Buble, Jon Bellion, Tori Kelly, Panic! At the Disco, and many more! Now in our 15th year, The Beat has had the privilege to perform at numerous events — including weddings, museums, San Diego community events, various campus events, and the International Championship of Collegiate A Cappella (ICCA). Our group placed first place in our quarterfinal in 2014 (advancing us to the West Semifinals), and placing third in 2015, along with several awards for best choreography and best arrangements. The Beat also hosts a concert every quarter to showcase new music we have been working on throughout each Fall, Winter, and Spring quarter. Our last concert in the Spring acts as a showcase of all the music we’ve prepared over the course of each year!

We work hard to produce a sound and blend in our songs that is unmatched. We push each other grow as musicians and performers, which only makes us stronger as a whole. The Beat family may ebb and flow with graduating classes, but our love for the group and the music will always stay.